Get IT together is an awesome event organised by awesome Yunicon. They invite every year 50 IT professionals from around Berlin to this Event. It is an event from IT guys for IT guys. Sales and Marketing people are not welcome. The people who are attending to this event are usually CTOs, Head of Dev. or CEOs of Tech. Companies.

The Event started with a German tradition. Glühwein! That is warm red wine with cinnamon. Networking is much easier if you are a little bit drunk 😉 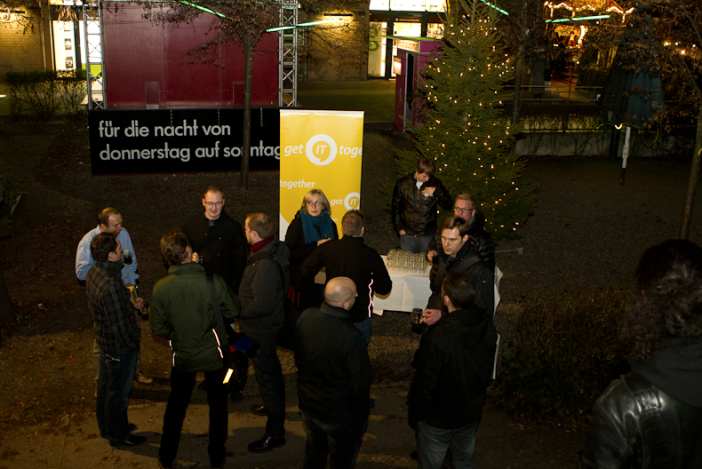 After we killed the Glühwein we went into the building to continue with our conversations. Philipp Schmolling, CEO of Yunicon, is here holding the Keynote. He did an awesome talk about Infrastructure as a Service and the Future of IT Providers in Germany. Many Thanks for that. 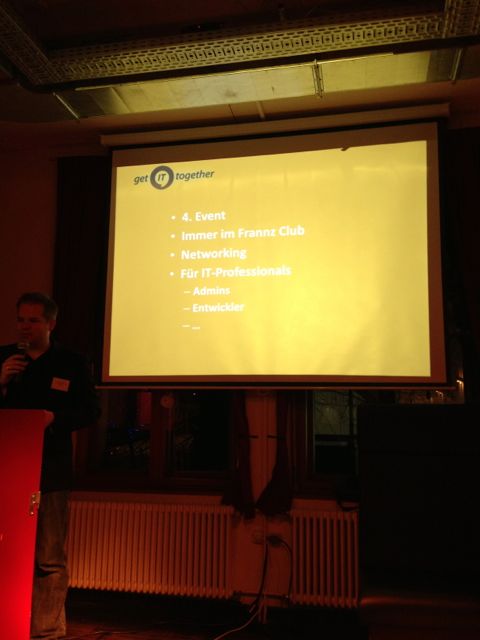 I am very glad that I was invited to this awesome event. And not only invited, I was one of the speakers. After Philip I did a talk about “Software Libraries and Numbers”. I presented some generell Numbers and Statistics about Software Libraries from VersionEye. I showed the growth of different Repositories, compared some Numbers from the Java, Ruby and Python community and presented some VersionEye Dependency Graphs. You can find my presentation at slideshares.com:

After me, Thomas Bähr did a presentation about Responsive Design. He showed us how they implemented the Responsive Design for Zalando Lounge and he talked about the problems they had. Many Thanks for that.
After the talks we went to the Buffet. 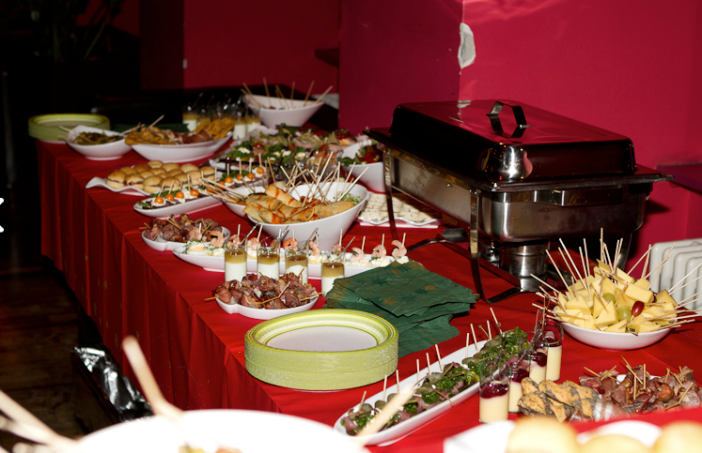 We had some awesome food & wine and very good discussions. It was again late night.
You can find more pictures from the event here: http://www.get-it-together.de/rueckblick.php.